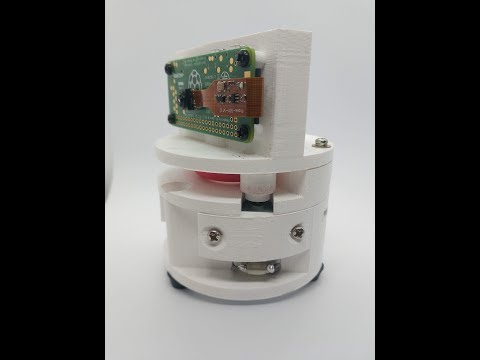 I wanted to make something that could shoot nerf darts or disk when triggered. I have been looking around for a nerf blaster that I could modify but I have not been able to find one. I could have used a nerf dart blaster but through the disks or balls would be more interesting to play with.
One day I just ordered some disks to see what I can do with them. After a few tests, I came up with this design.
I tried to make the shooter to be a desktop turret with a round body that can put into a tube. after making the turret, I thought it looked cool without the tube.

The turret uses normal nerf disks that can be bought from Aliexpress for cheap and uses 2 hobby motors at 12V to shoot the disks. A 9g hobby RC servo is used to push the disks into the motors for shooting.
The system is all controlled from a custom PCB to make the electronics neat and easily mounted.

After doing a lot of different tests with electroplating, I wanted to try other ways of …
Read more

I bought this broken laser cutter in hopes that I can get it working. It was described as …
Read more

This ball mill was made for grinding sand and cleaning objects like rusty bolts. It works but …
Read more